Unique Role of Vitamin-D and its Sources 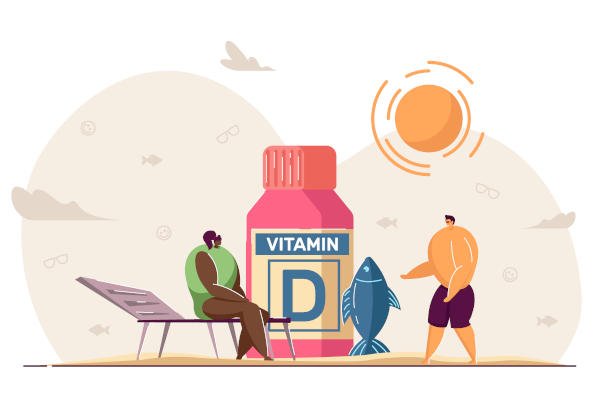 Vitamin-D is a fat soluble vitamin. It is produced by the skin of the body from cholesterol on exposure to UV B rays of the sun. Because of which, it is also referred to as Sunshine Vitamin. Studies show that 5 to 30 minutes of exposure to sun, two times a week, based on the intensity of sun and age of the individual is sufficient to produce required Vitamin D   by the human body.

Vitamin D helps in absorption of Calcium, Phosphate and Magnesium. Insufficient exposure to the sun leads to deficiency. It causes Rickets (deformity of bones) in children and Osteomalacia (softening of bones) in adults. Elderly people, infants, house bound individuals, strict vegetarians and vegans, dark skinned people and those who live in continuous cloudy weather are more prone to Vitamin D deficiency. Research shows that its deficiency also affects diseases like cancer, asthma, cardiovascular diseases and disorders of the immune system.

Vitamin D can be supplemented to overcome the deficiency. The Food and Drug Administration of the US recommends 400 units per day to an adult individual. Food sources of this vitamin are limited unlike other vitamins. Some of the rich sources are

A heavy dose of this vitamin leads to toxicity. So care should be taken as both deficiency and overdose causes severe problems.