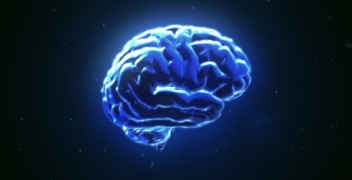 It is said that human beings can survive almost anything, as long as he/she sees the end in sight. But depression is so insidious that it seems impossible to ever see the end. . A recent study has revealed that globally, more than 350 million people of all ages suffer from depression which sometimes even leads to committing suicide. When depression more or less appeared to be like a cage without a key Robert Galbraith Heath invented Brain-Fixing Electrodes, a technology that could revolutionize the treatment to depression. This contribution was made by Heath about 60 years ago. The treatment involved easing minds of the patients, and this was done by fixing about 125 electrodes to the patient’s brain in order to stimulate the center of the brain. The whole idea of this technology was to inject electric pleasure into the human brain that could treat the depressants, a finding that could have done wonders.

The experiment mainly focused on influencing the patient’s mood by means of injecting electrical pressure on patient’s brain. The major problem was the extent to which the exercise had to be repeated. The electrodes needed to stimulate the brain at regular intervals. The very idea of treating depression by injecting electrodes was not appreciated by many. Though this technique could have reformed treatment of depression in the history of medicine, Heath chose to keep this on a low profile and hence remained quiet about his ideas and plans for the immediate future.

The experiment conducted sixty years ago by Robert Heath on Brain electrodes was an exceptional idea. Similar technique is now adopted in brain pacemakers. Though Heath’s experiment was impeccable no further research was done on the same and hence it went unnoticed. Having known the fact that the antidepressants (medication for depression) causes a wide range of side effects, Heath’s brain electrode technology could have left an exceptional mark in field of medicine.