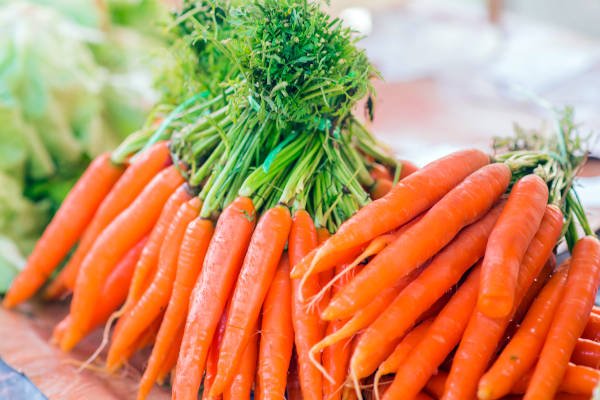 A recent study suggested the effect of carrots on the development of cancer. Carrot can halt the progress of cancer in early stages. Carrots contain retinoic acid which has shown to have property to reverse the multiplication of cells in cancer in the early stages. However retinoic acid cannot help in the tertiary and advanced stages.

Another study conducted by the scientists at the University of Newcastle attributed cancer fighting ability of carrot due to falcarinol. Falcarinol is a natural pesticide and fatty alcohol that is found in carrots. It protects the carrot roots from fungal infection.    The team of researchers found that falcarinol, minimised the risk of cancer, developing in rats by one third. Falcarinol is a polyacetylene compound which has more anti-cancer properties than beta carotene. Test was conducted on 24 rats with pre-cancerous tumours. They were divided into 3 groups and fed different diets. Rats that ate carrots along with normal supply of food, and the group of rats that were given falcarinol (quantity equivalent to eating carrots) along with their feeds, were found to be 33% less prone to develop cancer than the third group that was kept away from carrot and falcarinol.

Carrots were always known as a nutrient rich food with a rich source of vitamin A and anti-oxidants. It is excellent for eyes too. With the recent research, carrot is a must in our daily diet with its anti-cancerous property.